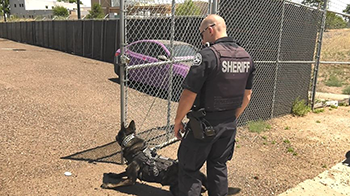 The Adams County Sheriff’s Office K9 Unit was established in 1981. All of the K9 Teams are dual purpose teams. They perform a detection function (drugs/narcotics or explosives) and a patrol function (criminal apprehension, building searches, area searches, tracking). Eight of the K9 Teams are drug/narcotics detection, 1 K9 Team is explosives detection. Patrol K9 Teams are currently assigned to a shift and respond to calls like other patrol officers but are not assigned to one district. The K9 Teams in the detention facility are assigned to a side of the week and supplement the staff there. All K9 Teams also participate in a number of demonstrations for law enforcement and citizen groups. On average the K9 Unit conducts 30 to 40 demonstrations a year. The dogs will usually work about six years before they retire, depending upon the heath of the dog. Once the dog is retired, the handler is given the opportunity to adopt the dog. 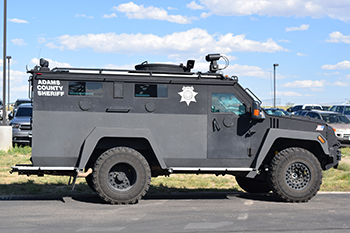 The Adams County Sheriff’s Office Special Weapons and Tactics (SWAT) Team was founded back in 1985. The SWAT Team goes through a great amount of training with 20 hours per month and 40 hours of SWAT week annually. The SWAT team averages between 20 and 30 operations per year. Members of the SWAT Team are on call 24/7/365. Some of the calls could range from an active shooter to a high-risk warrant. At the Adams County Sheriff’s Office, deputies need to have two years of experience on patrol to even be considered to go through the testing process to become a SWAT member. 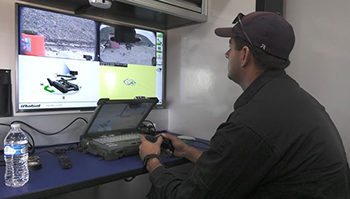 The Adams County Bomb Squad is made up of six team members. Five of the members are certified bomb techs and on is a para-tech. The Bomb Squad is a secondary assignment with each member having another primary assigned duty. The Bomb Squad is responsible for responding to all calls of suspicious devices in Adams County, Broomfield County and other jurisdictions when requested. The Bomb Squad performs and assists surrounding agencies with the disposal of hazardous materials. 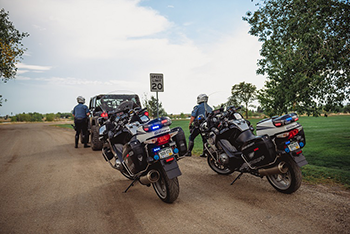 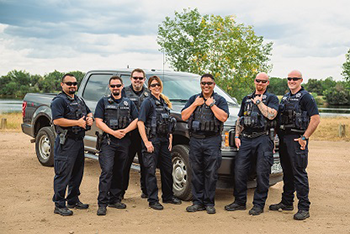 The Community Resource Team’s (CRT) objective is to identify high crime areas within Adams County and impact those areas by proactive policing, building on the partnership with County Government and through trust and partnership with the community. CRT helps reduce crime and the fear of crime and to ensure the citizens that we will legally go above and beyond our abilities to rid their neighborhoods of crime and violence and to improve their quality of life. 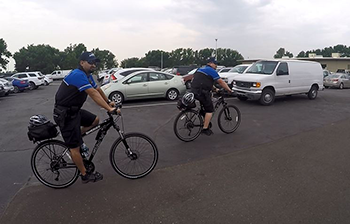 The bike unit is utilized to increase the visibility of the Sheriff’s Office. We are able to get through traffic and crowds, such as at the Adams County Fair, quickly and efficiently. We patrol the trail system and the schools. We get into the neighborhoods and meet citizens and business owners. 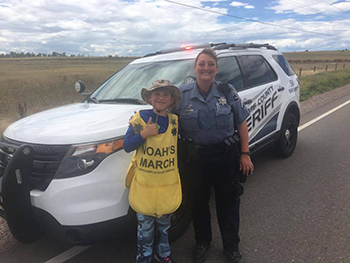 Our Juvenile Services Unit, or School Resource Officers (SRO) are in the schools for safety and security. The SRO’s also teach several classes to the students such as US Government and Drug Safety. We offer services to all 41 of our schools in Adams County. The SRO’s are continually training throughout the year and attend monthly Patrol Training and an annual SRO conference to obtain specialized training for schools. 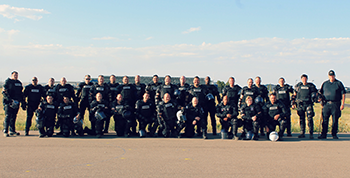 The Mobile Field Force Team responds to civil disorder incidents. While we do not have many large disturbances in Adams County, we have made our team available regionally to supplement neighboring agencies in the event that a large scale event were to occur within their jurisdictions. The Mobile Field Force Team also assists the Patrol and Detective Divisions with incidents requiring a large manpower need, such as long term scene security and large area searches. 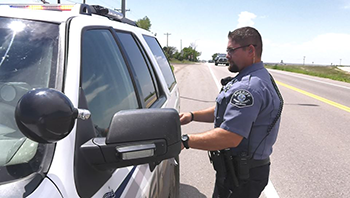 The Adams County Sheriff’s Office Plains Section home office is located in Strasburg. All team members are considered “resident deputies” who work and reside within the District 5 boundaries. The team’s patrol duties are comprised by the following boundaries: Watkins Rd to the west; Meridian Mile Rd to the east; 168th Ave to the north; and 15th Ave to the south. In all, the team is responsible for close to 1100 square miles. District 5 is also commonly referred to as “The Real Adams County” or “RAC5”. On top of their own district boundaries, the team routinely provides cover for the Arapahoe County Sheriff’s Office (over 700 square miles) and the Colorado State Patrol. District 5 deputies also provide law enforcement services for the Town of Bennett. 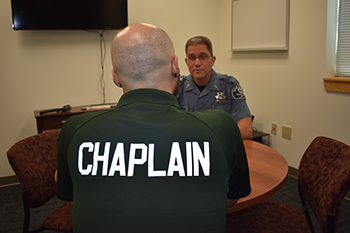 There are currently two Chaplains at the Adams County Sheriff’s Office. The ACSO Chaplaincy exists to provide counseling, emotional support and/or spiritual guidance for members of the Office, their families and members of the public. In 2010, one of our Chaplains began volunteering with the Academy teaching emotional survival for law enforcement to Cadets and their families. Over time, it became evident that the academy staff was receiving more benefit than the cadets themselves. In 2012, the Chaplains were made a permanent position here at the Adams County Sheriff’s Office.